It is really interesting to see the increase in the popularity of security cameras both in the residential complexes as well as business centers. People now understand the importance of this device and the benefits that it can provide. Even a few years back we only had digital security cameras, but, in the last 3 to 4 years, we have been introduced to the next generation of security cameras called HD cameras. These cameras seem to have given us a chance to explore videos from a completely new angle.

As it is with any other imaging device, the analog cameras have a sensor that not only captures the image but also provides a variety of resolutions. Though the resolution varies, it is limited to 720×575. 720 pixels is the horizontal resolution and 575 is the vertical resolution. The video is generally captured at the intervals of 60 (usually called fields) and is then transmitted back to the receiver. The frame consists of two such fields and is also called interlaced transmission.

A coax cable is used for getting the video out from the CCTV camera on to the recording and the display device. You can also use a CAT5e cable with an adapter. To maintain compatibility with analog televisions, the signalling complies with the standard television broadcasting formats.

HD-SDI or High Definition Serial Digital Interface is the latest video interface that is run by the SMPTE (Society of Motion Picture and Television Engineers) and at the same time upgrade to the SD-SDI (Standard Definition Serial Digital Interface). An HD-SDI camera facilitates the streaming of megapixels in a standalone DVR. HD-SDI even provides the ability to upgrade the system sans the coax cables.

IP cameras are turning out to be more popular with the advent of HD or High Definition video resolutions. Megapixel is a phrase that is often associated with the IP cameras. However, not all cameras are megapixel, but it is an appropriate term as the video signal from the IP camera is transmitted through the network in digital form, which means the NVR (Network Video Recorder) does not require decoding the video to digital format.

Your DVR is capable of providing standard definition video to the monitor. Higher video definition can be achieved when you upgrade your DVR to an NVR or Hybrid system to handle IP cameras.

Pick up the phone and give us a call today to learn how you can protect yourself and live or work peacefully. 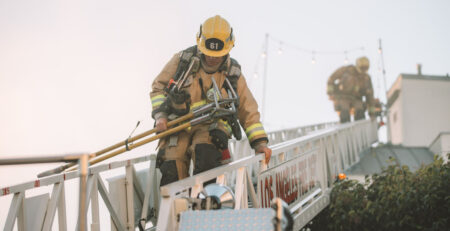 See how Dove’s services and installed surveillance equipment provided peace of mind for one of our preferred customers. “I just... read more

As cities and suburbs grow and people pour into the region, businesses have growing concerns for their safety. Crime... read more

Surveillance Systems for Every Size Business

Every owner wants to protect their business from threats. It doesn't matter if you want to prevent theft at... read more

Looking to secure your business with the ability to control who enters where and when you want them to?... read more

How to Set Up Wireless IP Camera for Home Security

Home security is a huge issue for a lot of people, especially those who live in somewhat rough areas... read more

5 Questions You Need to Ask Before Installing Surveillance Systems

Opting for a surveillance system can prove to be a challenging task if you have received proposals from multiple... read more

Who Are You Letting In?

You change your passwords, and even lock the doors, but how secure is your office? Keys can be... read more

The rise in crime and burglaries all over the world compels us to take a second look at the... read more